Annual Picnic 2020-A Day Full Of Fun And Frolic

“All work and no play make Jack a dull boy”. Aren’t we all aware of the same? So, Karmickites this time were all geared up for the annual picnic. We kicked off our journey from the office premises at around 9:00 am on February 1, 2020. The excitement starts to build up the minute we boarded the bus. On our way to Sonarpur, we were greeted by lush green fields and vast water bodies. While listening to some really crazy songs, we reached our picnic spot, and the sight was lovely. 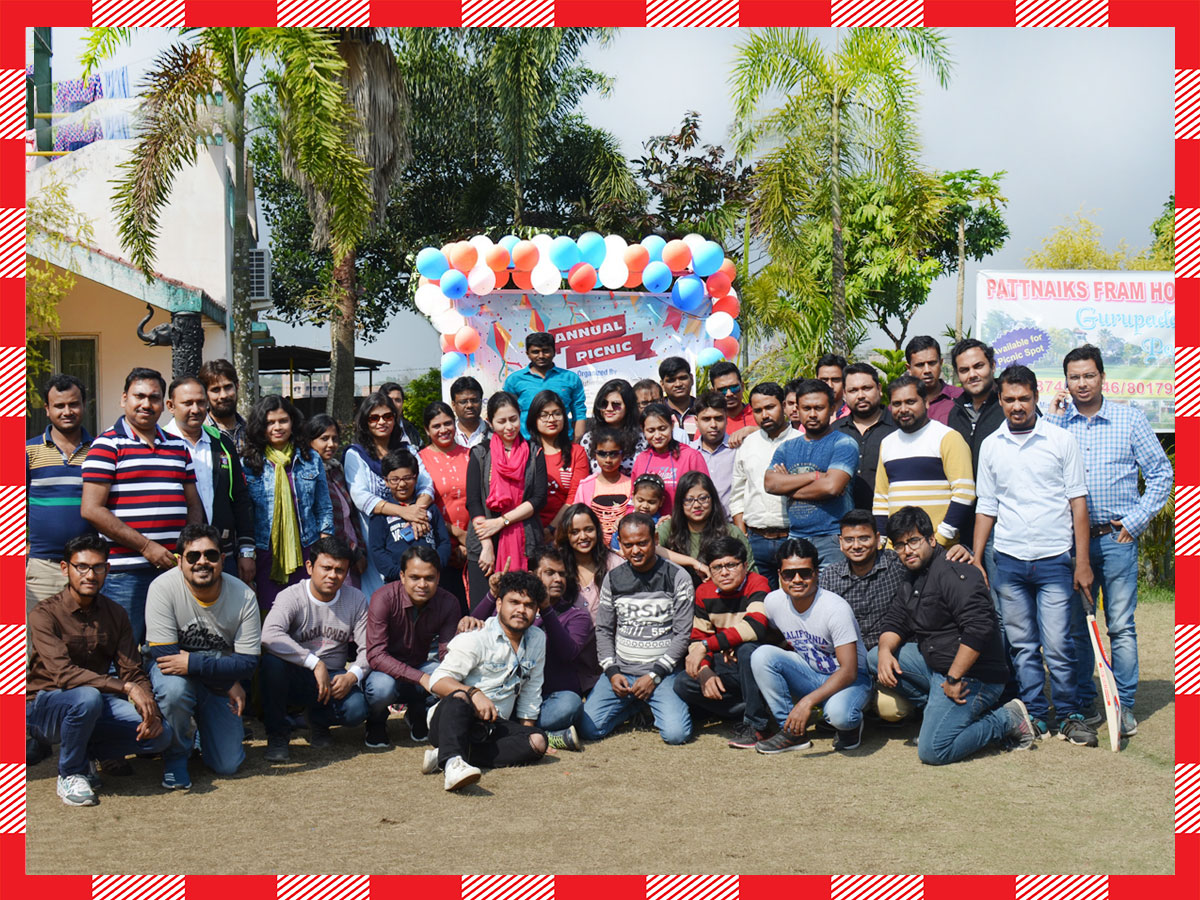 Dr Pattnaik’s garden was our picnic spot. It was a lush garden full of blooming flowers and several joy rides. While kids started running towards the rides, we were all stumped by the natural beauty.

Within a few minutes, we were told to gather in a glass hall to have our breakfast. Our breakfast was comprised of stuffed kachoris, potato curry, and ‘Sandesh’, a popular Bengali delicacy. We all relished the food before again heading towards the garden to engage in fun-filled activities. 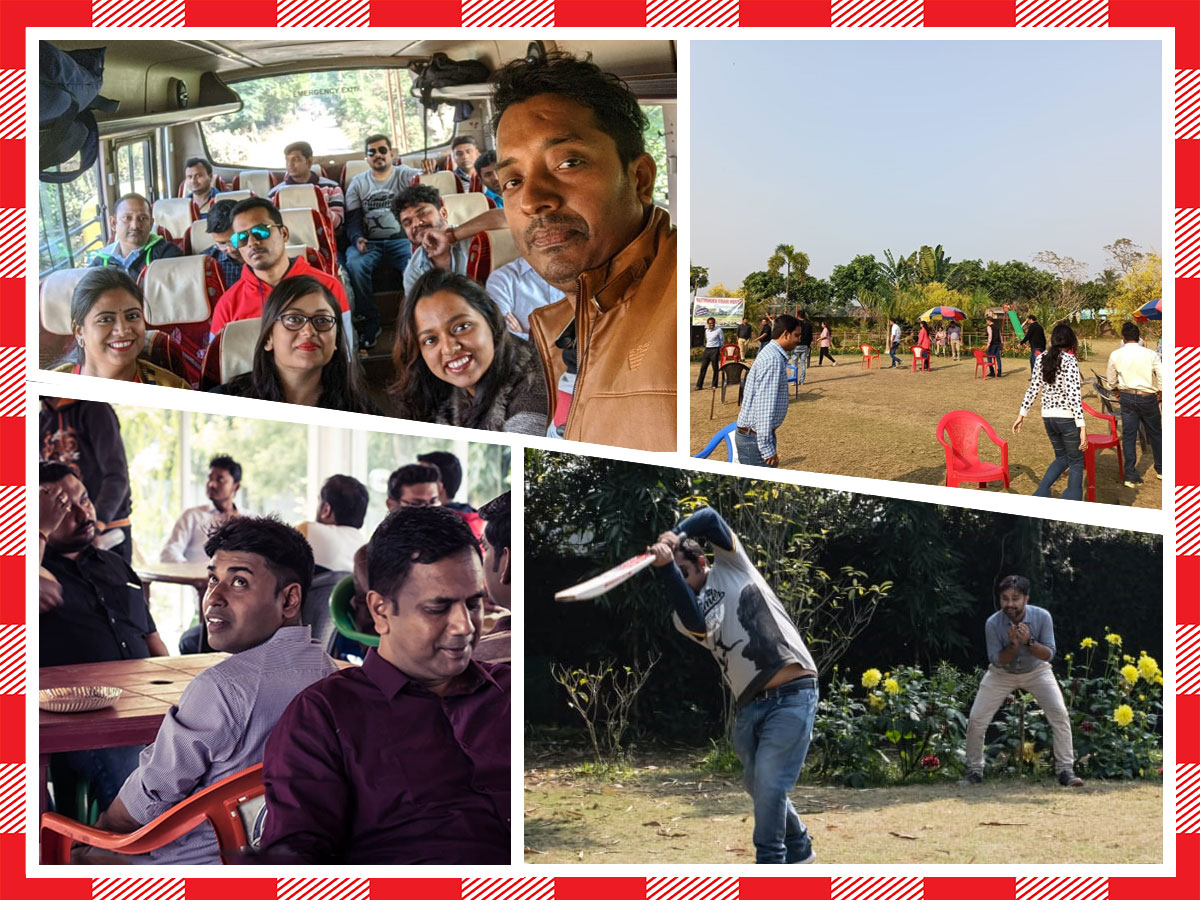 Our first contest was ‘hit the wicket’. In this game, each of the players had to hit the stumps within three attempts. Next, was ‘catch the word’ which was played in groups, each consisting of two players. We had a blast while playing this game because of some ridiculously bad lip readings.

When some were busy playing the game, a large number of Karmickites were displaying some innovative cricket shots ever played! In the meantime, fried snacks of chicken and cottage cheese served on a garden table caught the attention of all. It was a short break, and we all were again busy in a new game. Yes, the much loved musical chair! We couldn’t stop laughing our lungs out when some of the players started to play the game with a stoic face and their gaze strictly fixed on the chairs.

Around 3 pm, we were extremely tired and decided to have our lunch. It was comprised of hot rice, lentils, fried potatoes, tomato chutney, papad, and rasogulla. For non-vegetarians, there were some additional dishes such as mutton and jackfruit shrimp curry along with ‘bhetki paturi’, a signature Bengali dish. For vegetarians, paneer curry was the sole additional delicacy. 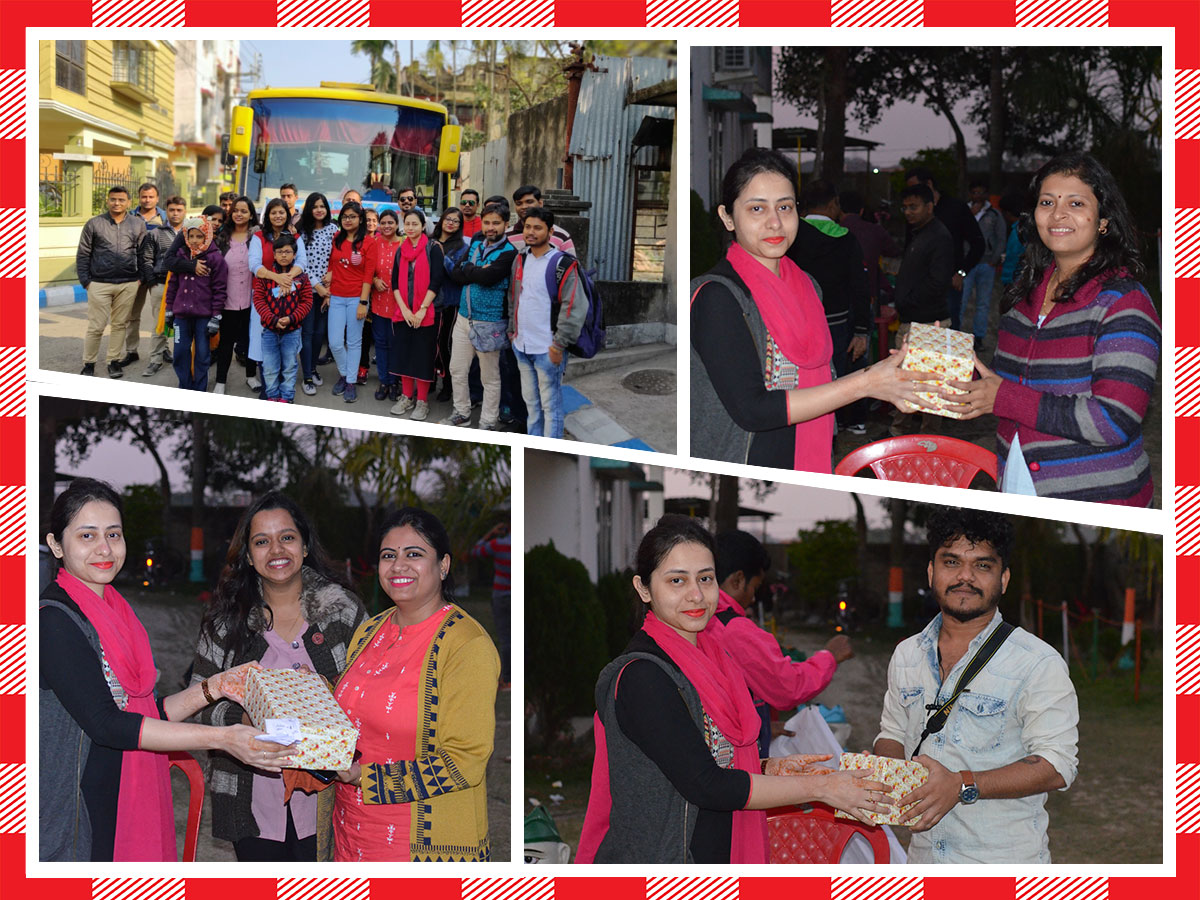 The day ended with ‘Antakshiri’, a very popular and familiar song game, but this time with a twist! The second round was not as easy as the last year. Each pair had to sing a song picturised on an actor or actress named by our HR. Soon, the event was wrapped up, and prizes were distributed to the winners. As the darkness descends, we all quickly pack our bags to leave the picnic spot with a hope to celebrate it again next year.