.NET MVC vs .Net Core : Which One to Choose for Your Next Project? 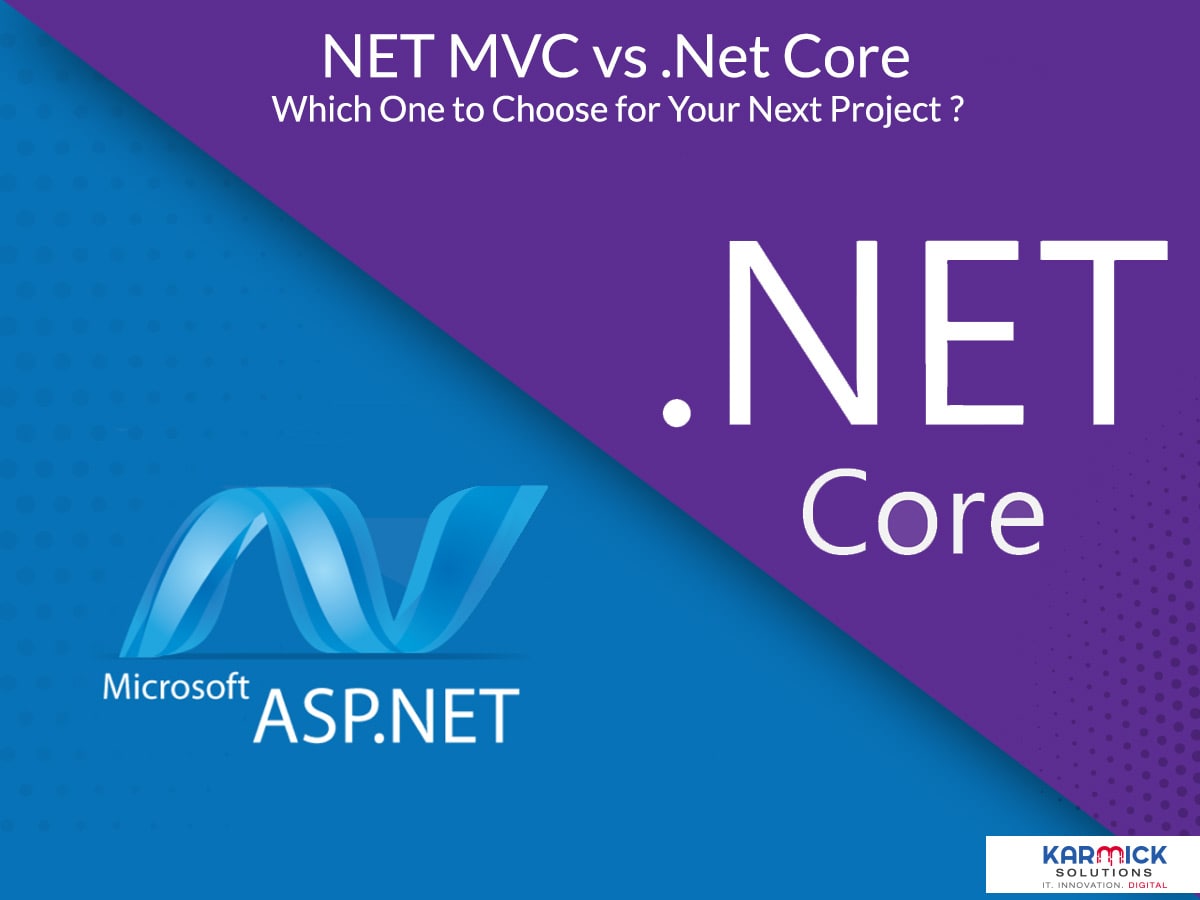 Released in 2009, .NET MVC is an open-source web application development framework that offers a Model-View-Controller architecture. On the other hand, .NET Core is also an open-source but cross-platform framework released in 2016. Although both are released by Microsoft, there is always a debate between developers. The bone of contention is which framework is best for web development. So, if you are somebody planning to hire dedicated .NET developers for your next project, let’s find out which one to choose among .NET MVC and .NET Core. So, here we go!

While .NET MVC is indeed lightweight and is used by many developers for building robust web applications, it lacks the cross-platform approach offered by ASP.Net Core. So, if you are thinking about having a framework that can be used to develop an application for Windows, Linux, macOS, and more, .NET Core should be an obvious choice. Moreover, the latest .NET Core 3.0 also supports cross-development between Universal Windows Platform (UWP), Windows Presentation Foundation (WPF), and Windows Forms.

Performance is one of the most paramount factors that every developer considers before making a final choice, and here .NET Core scores some brownie points. It is speculated that ASP.NET Core can efficiently handle more than 7 million requests in each second. So, there is no doubt that it offers improved performance in comparison to .NET MVC.

It is a dream to develop an application with less coding. ASP.NET Core developers can exactly achieve the same by writing much lesser statements. This eventually helps to have an easy code structure and result in faster and cost-effective application development. Less coding also means more simplified debugging.

ASP.NET Core comes with plenty of built-in features such as authentication, authorization, data protection, and more. These all facilitate developers to develop highly secure applications. However, the same is also true for ASP.NET MVC as it is quite a good alternative for developing highly secured web applications. It is packed with features like form authentication, account confirmation, etc. Still, .NET Core is preferred more. In fact, many developers are migrating ASP.NET MVC to ASP.NET Core.