Hybrid vs Native Mobile App Development – What to Choose for Your Business? 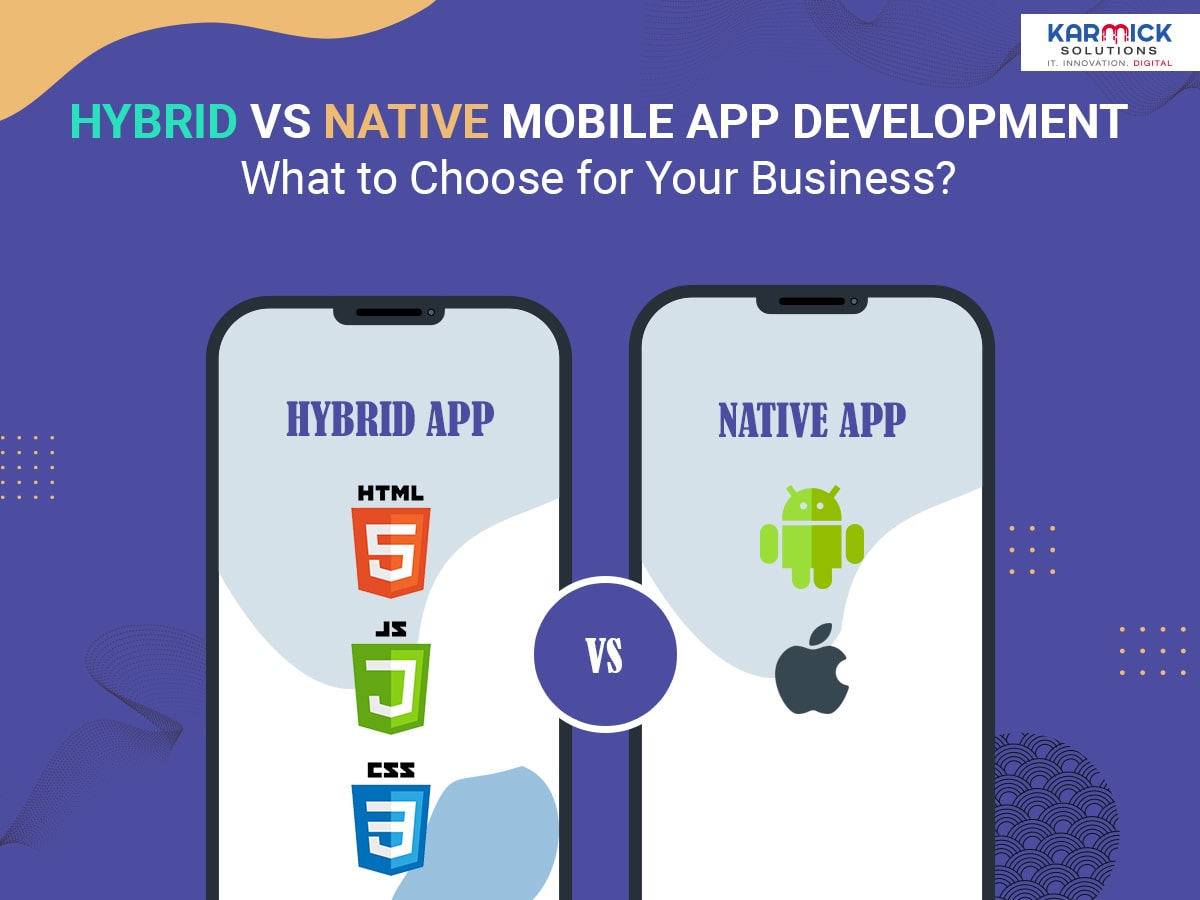 Smartphone usage and interaction with mobile apps has tremendously grown in recent years. Due to the pandemic, this year has seen a massive surge in more and more companies launching personalised mobile apps to connect with consumers. After all, the benefits are endless. It no longer matters whether you are an established business or a startup, mobile app development is booming and everyone wants to make the most of it.

Now, the very first question that arises when creating a mobile app, is to go for native app development or hybrid app development? This blog is going to give you the answer to this extremely crucial question. But first, let us take a look at what are native and hybrid apps.

A native app is a mobile app which is developed for a particular operating system. It will run on that operating system only. For example, Swift can only be used to create apps for iOS and Java can only be used to do the same on Android. It will not work the other way round. Other popular technologies for iOS include Objective C and Kotlin for Android.

A hybrid app on the other hand is a cross platform app. This means that the same app can run on Android as well as iOS, unlike native apps which are only suited to one particular platform. They are basically websites which make use of HTML, CSS and JavaScript to work like an app on all operating systems such as Android, iOS and Windows.

For example, React Native can be used to build hybrid mobile apps using JavaScript. Similarly, Ionic is a free and open source framework based on CSS which when combined with AngularJS becomes powerful. For simple apps, you can use Xamarin which is backed by Microsoft.

Which is the right choice for you?

After analysing the pros and cons of each, it can be seen that there is no straight winner for everyone. It all depends on a few key factors.

Do you use an app with a bad interface and layout each day? Probably not, because it is so frustrating. If having a buttery smooth UI/UX is your top priority then go with native app development. It is not that hybrid apps have a bad UI, but when compared to the native apps, they do struggle a bit.

Performance plays a very crucial role in making the choice between hybrid and native apps. If your app cannot even serve its main purpose properly then users will simply not use it and find an alternative. If your app has many animations and graphics, such as a gaming app for instance, then it is best you go for native app development. Hybrid apps can handle your needs as long as there is nothing complicated involved and the app is for light to moderate usage only.

If you want to bring your app to the market as soon as possible and you are on a budget constraint, hybrid apps are your saviour. You just need one team to work on the app and it will run on all platforms. Unlike native apps, you need more time and money for two separate iOS and Android teams.

If you are looking to build a complex, feature packed app that can tap into the smartphone’s sensors such as GPS, camera, accelerometer, then native apps would be a better choice. Similarly, for improving gesture support in the app such as swiping, double tap, etc, native apps would be more responsive. In case of hybrid apps, you have to rely on third party libraries, plugins and codes which may or may not be good enough.

So carefully break down what your needs are, the resources available with you, the time and money you are willing to spend on your app. If you critically examine each factor, the pros and cons of how hybrid and native apps stack against each other, you will find out which one is right for your project. Last but not the least, hire a trusted mobile app developer who can give you your money’s worth.