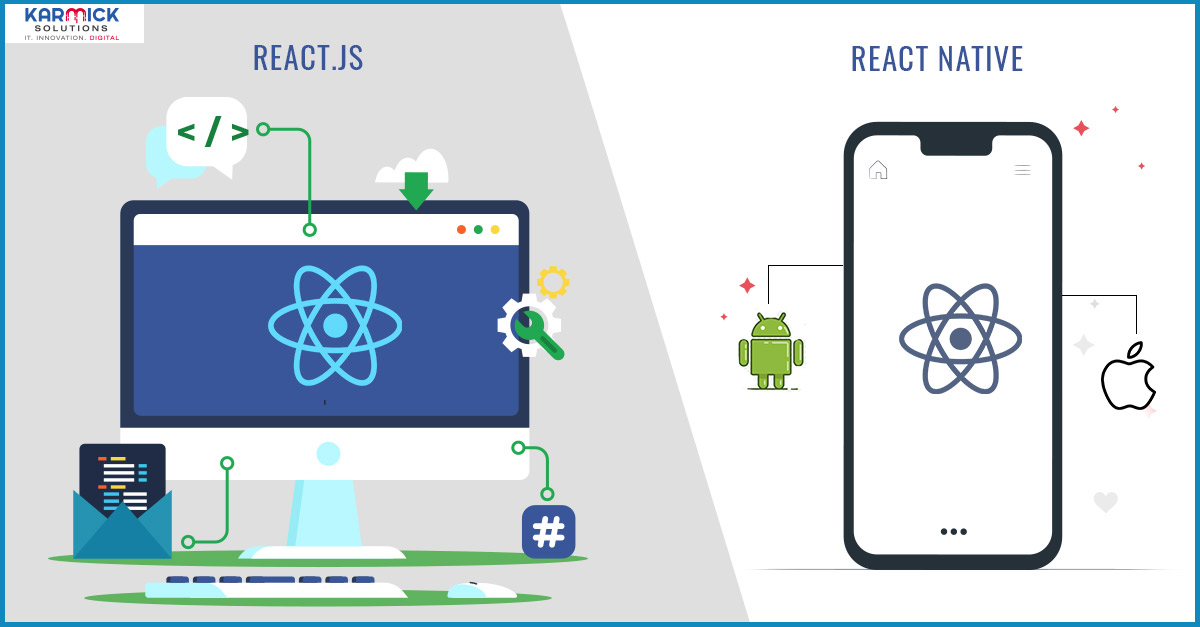 In the last few years, React Native has emerged as the most preferred choice of developers and entrepreneurs. The robust cross-platform mobile framework facilitates to build native mobile apps while using React js for building components. Many popular brands such as Instagram, Skype, Uber Eats, Walmart, and more have already trusted React Native for their apps (both iOS and Android).

In such a scenario, it would be interesting to explore which one is better among the two for developing modern web applications and mobile apps. Let’s have a quick look.

While React.js is one of the most favored for creating highly-functional web apps, React Native has proved ideal to build mobile apps with a native feel. Both enjoy a large number of users and a growing online community, which further facilitates developers to create web applications and mobile apps that can meet the expectation of users.

To be very precise, both complement each other well and are gaining momentum at a swift pace.