React Vs Angular – Which Is Better For You And Why? 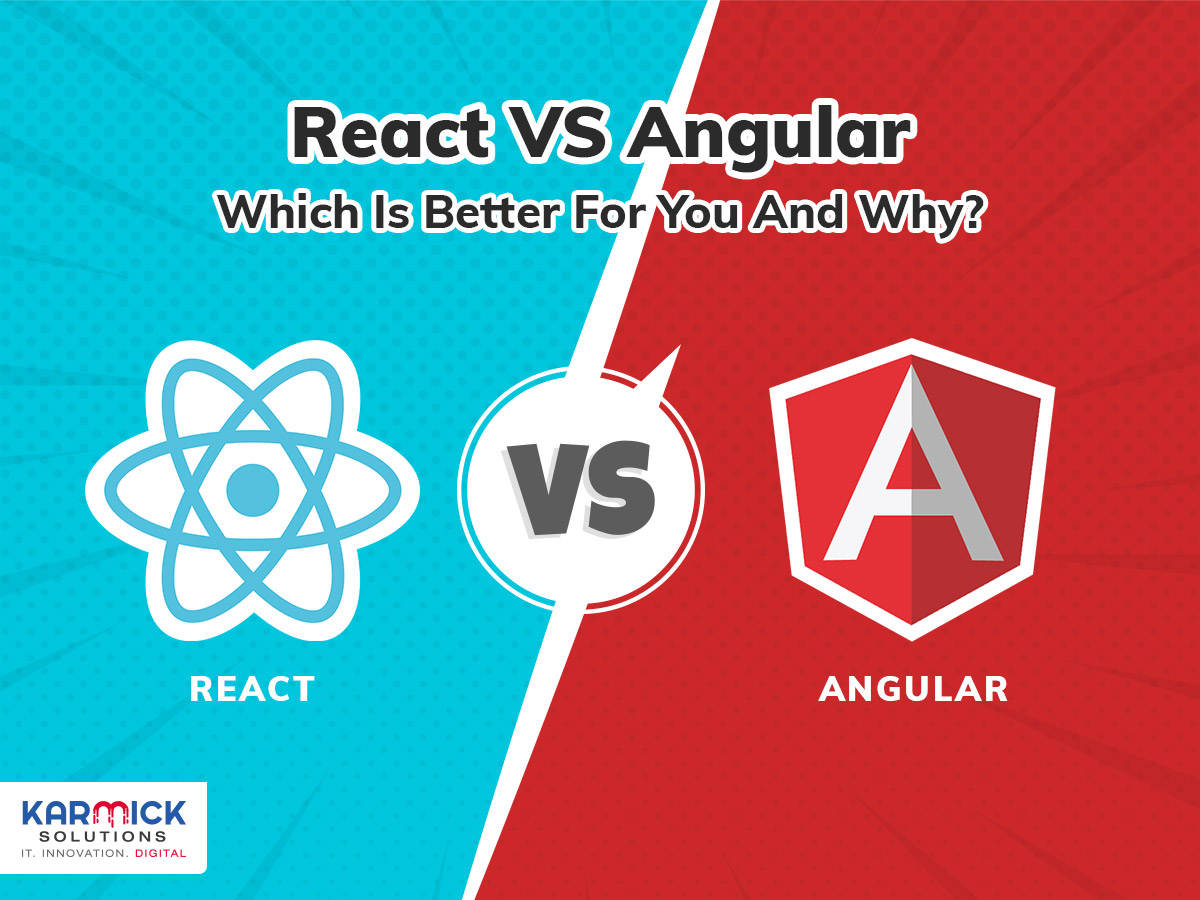 Although much has changed over the last few months in 2020 due to the COVID-19 outbreak, it does not seem that the eternal battle between React and Angular will ever stop. Developers across the world are often confused and try to figure out which one is the best among the two. While React JS or React is an open-source JavaScript library, Angular is an outstanding framework. However, Angular is not Angular JS that you may be thinking right now. It is a major version upgrade of AngularJS. Unlike Angular JS, which is in JavaScript, it is in TypeScript.

Now let’s find out which is better for you and the reasons behind the same.

While both are good for front-end development, Angular uses a real DOM and React, uses a Virtual DOM. Now, what is DOM? It is with its help that programmers build documents, navigate the structure, add, modify, or delete elements as well as the content. So, if you use React and want to develop an app in which it is possible to update the last name of a user, its real DOM will update the entire HTML doc till you reach the needful data.

Therefore, you can see that the process becomes time-consuming. However, Angular will allow you to quickly update the last name because of its virtual DOM as it eliminates any need to update the entire HTML doc. Does not this sound too good? So, if there are plenty of data requests, the real DOM feature of Angular can make your app slow.

However, the two-way data binding is the most efficient for fetching the data from large ERP based software like medical software, accounting, and other software that demands a highly complex requirement. It does not prove much beneficial in building apps of relatively smaller size because it comes with a cost, which is a drop in performance.

So, while the two-way binding allowed by Angular affects performance, the one-way binding by React facilitates to debug the app easily as the data is directed only one way in this approach.

Server-side rendering is now possible with both Angular and React. While Angular does it with the use of Angular Universal, React uses it with the Next.js framework. However, it is easy to achieve a maintainable architecture with React. All noteworthy apps, such as Facebook, WhatsApp, and Instagram use React, which is itself a testimonial that the open-source JavaScript library is unmatched when it is about rendering.

It is easy to maintain a code quality in React because it allows the code review practices by providing linting. Here it is noteworthy that linting facilitates the developers to check their code for any potential errors and in enforcing coding standards, which, in turn, vastly improves code quality. However, it is not that Angular fares bad in terms of maintaining code quality. It uses TypeScript language, which eases the task of finding and removing the common issues that occur while typing the code. In Angular, you can have clean and crisp coding.

Before deploying any application or program, it is vital to test the code, and Angular enables developers to carry out full testing with a single tool. If you have chosen React, this is pretty much tricky because you need to have several tools for different types of testing, such as Enzyme for component testing or Jest for code testing.

More developers are today choosing React because it has a massive community of developers, which means whenever there is an issue due to lack of documentation, one can overcome the same within no time! Yes, the excellent community support makes React more apt for developers than Angular. However, it is also true that Google backs Angular. So, there is some credibility that works in its favor. Angular also now has an ever-growing open community.

Both are quite popular, and this is evident from the results of the Stack Overflow Survey 2018. According to the survey, about 74.5% of developers choose React.js as the most loved and most wanted web framework, and about 57.6% of developers choose Angular. So, indeed React is more popular than Angular. 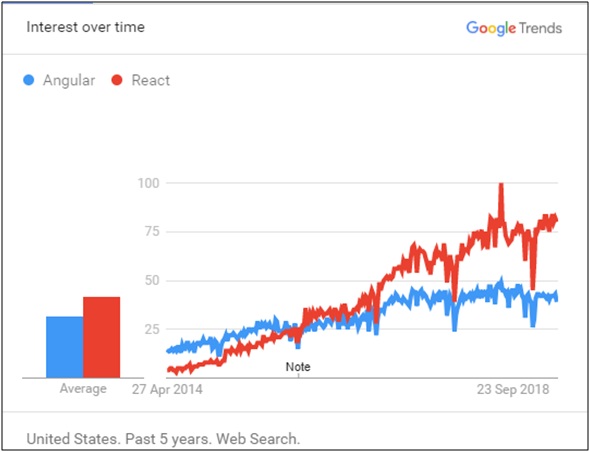 Both Angular and React are brilliant, and it is tough to pick one among the two, but so far, it will be not wrong to say that React is better than Angular. It is used by more developers and is evolving at a rapid pace. It has enormous support from a massive community. It has a component-driven architecture that allows the developers to reuse the components. This significantly cut the development time and cost. However, it is also true that Angular is no less as it is a part of the MEAN stack. It has excellent compatibility with countless code editors. It is, in fact, looked upon as ideal for building dynamic websites and web apps.

So, it is quite tough to tell which is better for you without deep consideration of the objectives and resources of your project. So, it is best to remain calm and make an informed decision. If you want to hire Angular developers, you can contact a reputed IT company that is in the business of offering a range of website and app development services.