Why To Choose Node JS For Your Next Web Application Project Development? 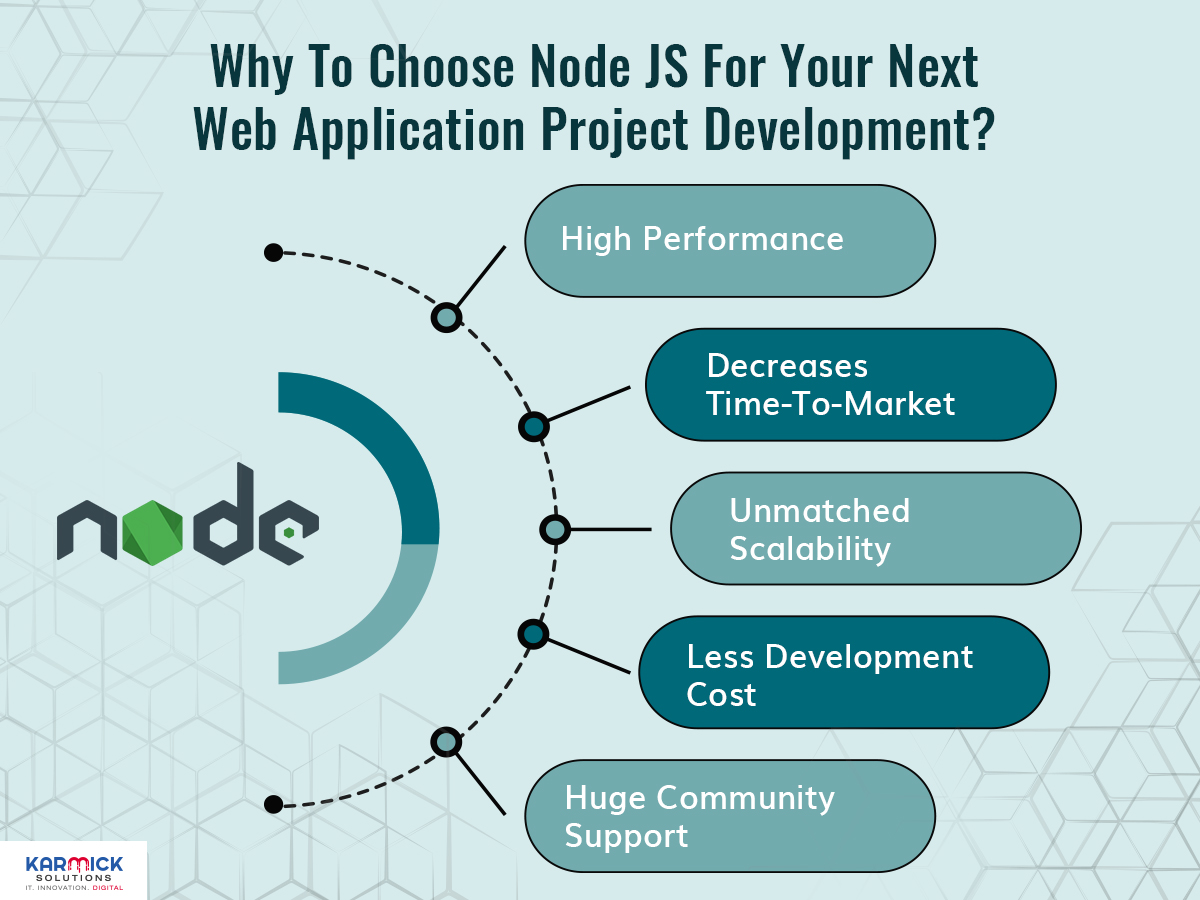 With well-known names such as PayPal, Netflix, Uber, and much more trusting Node.js for their powerful web applications, Node.js has become a go-to technology for several companies across the world. The JavaScript run-time environment is used not only for building the server-side but also for the client-side of web applications. So, if you are still in two minds about using the same for your next web application project, here are some convincing reasons to choose the same.

It works on an I/O model, which is non-blocking. This makes the open-source run-time environment apt for faster execution of code and developing applications that are data-intensive or will work on multiple devices like instant messaging apps, online gaming apps, and so on. Also, the fact that Node.js is using Google’s V8 JavaScript engine guarantees high performance.

The NPM or the default Node Package Manager of Node.js has over 60,000 reusable components that make it easy to develop robust and scalable web applications. Node.js also allows the developers to use a single code base for both the server and client-side, which significantly reduces the apps time-to-market.

Do you know that according to the insights of the Stackoverflow Developer Survey 2018, 66.4% of developers prefer Node.js? Yes, Node.js enjoys the support of a vast open-source community that keeps on adding new modules continually. This ultimately helps in adding new functionalities.