Cloud-Based Source Repositories To Protect Your Source Code & Your IP 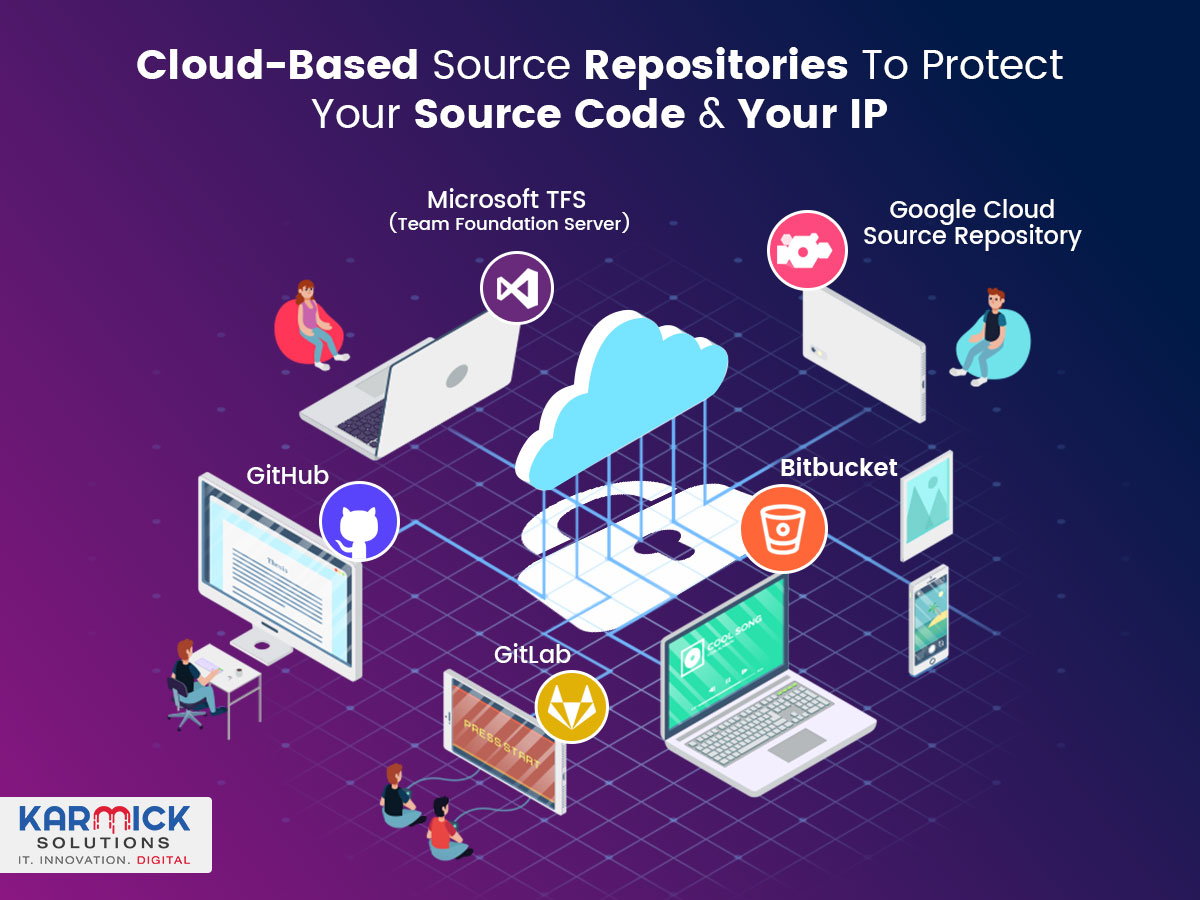 Keeping track of every change

Comprehensive backup of the source code

When there are multiple copies, chances of losing the source code is low. In GitHub, one can use Restic- a useful backup program which demands a robust password for the new back-end. Similarly, Bitbucket also offers secure backup of source code to rule out any possibility of data loss due to a complete breakdown of the system. The cloud-based source repository uses three back up strategies for the same-zero downtime backup, server DIY backup, and server backup client.

Cloud-based source repositories allow multiple developers or programmers to work on the same project without any possibility of code overlapping. For example in GitHub, whenever a developer makes an edit within the code, with a drag and droppable snapshot, it becomes easy to track code edits. There is also a seamless code review mechanism that eliminates code overlapping. In Gitlab too, there are several features such as file locking, rejection of unsigned commits, blocking of secret file push, and so on to thwart any possibility of overlapping of codes in its enterprise editions-Silver and Gold.

The trend of considering source code as IP

According to Eric Allman-an eminent computer programmer and recipient of Telluride Tech Festival Award of Technology, “The intellectual property situation is bad and getting worse. To be a programmer, it requires that you understand as much law as you do technology.”

The category is decide based on the specific needs of the organization or company. Many independent software programmers also secure their source code by considering them as an IP. They make use of cloud-based source repositories. As these repositories successfully protect the source-code, needless to say, they also impart necessary protection to your IP.