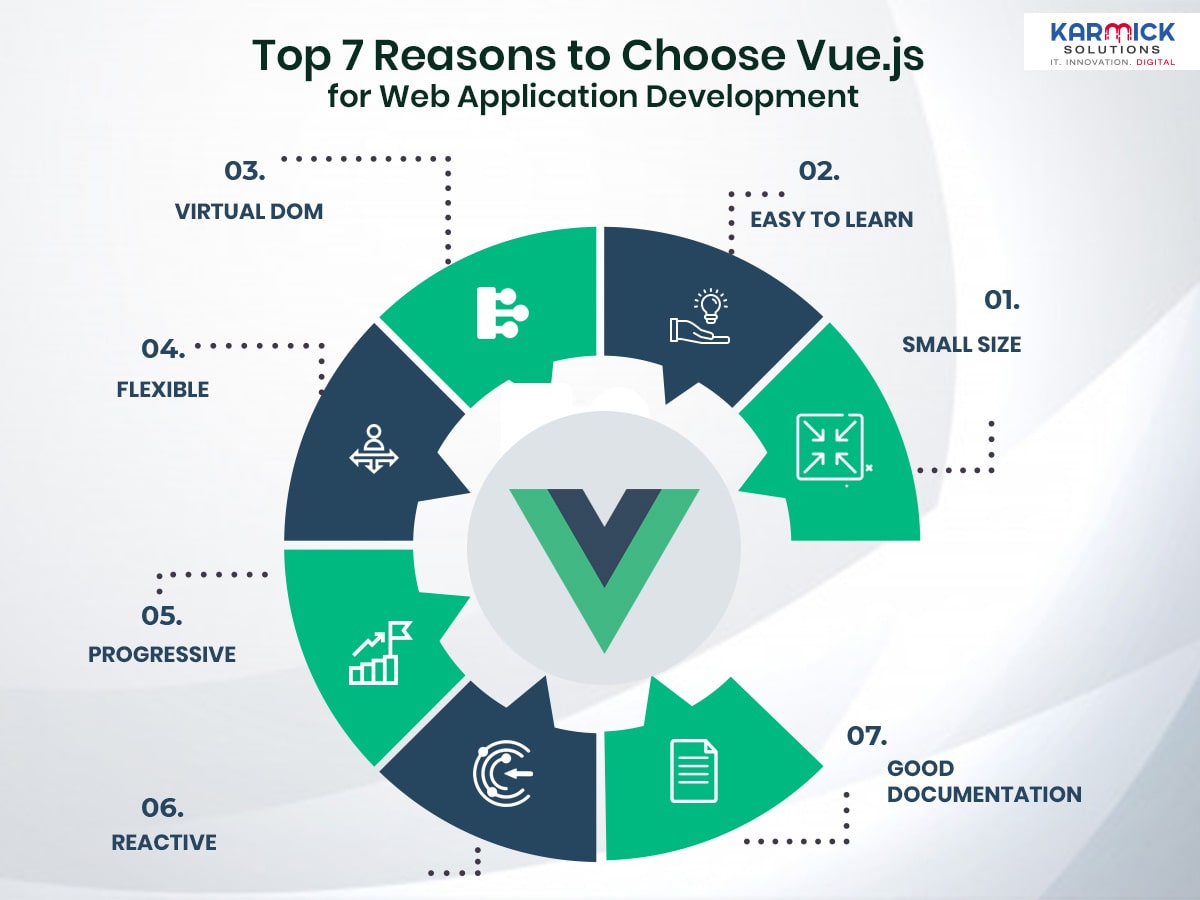 From a single page to PWA, web apps have traveled a long journey. Today, there are billions of powerful web apps such as e-commerce web apps, animated web apps, and so on. However, building these apps from scratch can be time-consuming. So, developers use various types of frameworks and technologies. Vue.js is one such framework for developing sophisticated single-page web applications by developers across the world.

Developed by a former Google employee, this progressive JavaScript framework is now used by more than 2000 companies in their tech stack, and some of these are quite notable, such as Trivago, Accenture, Alibaba Travels, and so on. However, if you are still thinking about whether to go for the front-end framework or not, here are the top seven reasons to choose vue.js for web application development.

If you compare other JavaScript frameworks such as React.js and Angular.js, you will come to know that Vue.js is the smallest one (18-21 KB). This makes it extremely likable among developers as they can download it within no time!

Most web app developers prefer vue.js because it has a smooth learning curve. Beginners already have a basic knowledge of JavaScript, HTML, and CSS, and this makes learning vue.js a breezy affair. You would not believe it, but you can indeed learn vue.js within a week!

Having a virtual DOM means performance enhancement. You don’t have to re-render the complete DOM ( Document Object Model) if any changes are made by the user in the user data. This accelerates the rendering speed of the user interface of the app and is no less than a boon for developers.

One can write a template in HTML or JavaScript file by making use of virtual nodes in the Vue.js framework, and this flexibility proves handy in understanding other popular frameworks such as React.js and Angular.js. Also, there are plenty of tools that can be seamlessly integrated with Vue.js.

The framework is designed in a way that makes it easy to integrate with various other frameworks and libraries. It also enables the developers to use any app structure, which makes vue.js quite synonymous with the term progressive.

In vue.js, whenever a data value is changed, the change gets reflected in the page as it automatically gets updated. This reactive feature not only saves considerable time but also makes the code concise and minimize the cognitive load.

One of the reasons because of which Vue.js is the first choice of web app developers is its good documentation that is continuously updated and improved. This kind of documentation prevents the developers from getting stuck frequently.