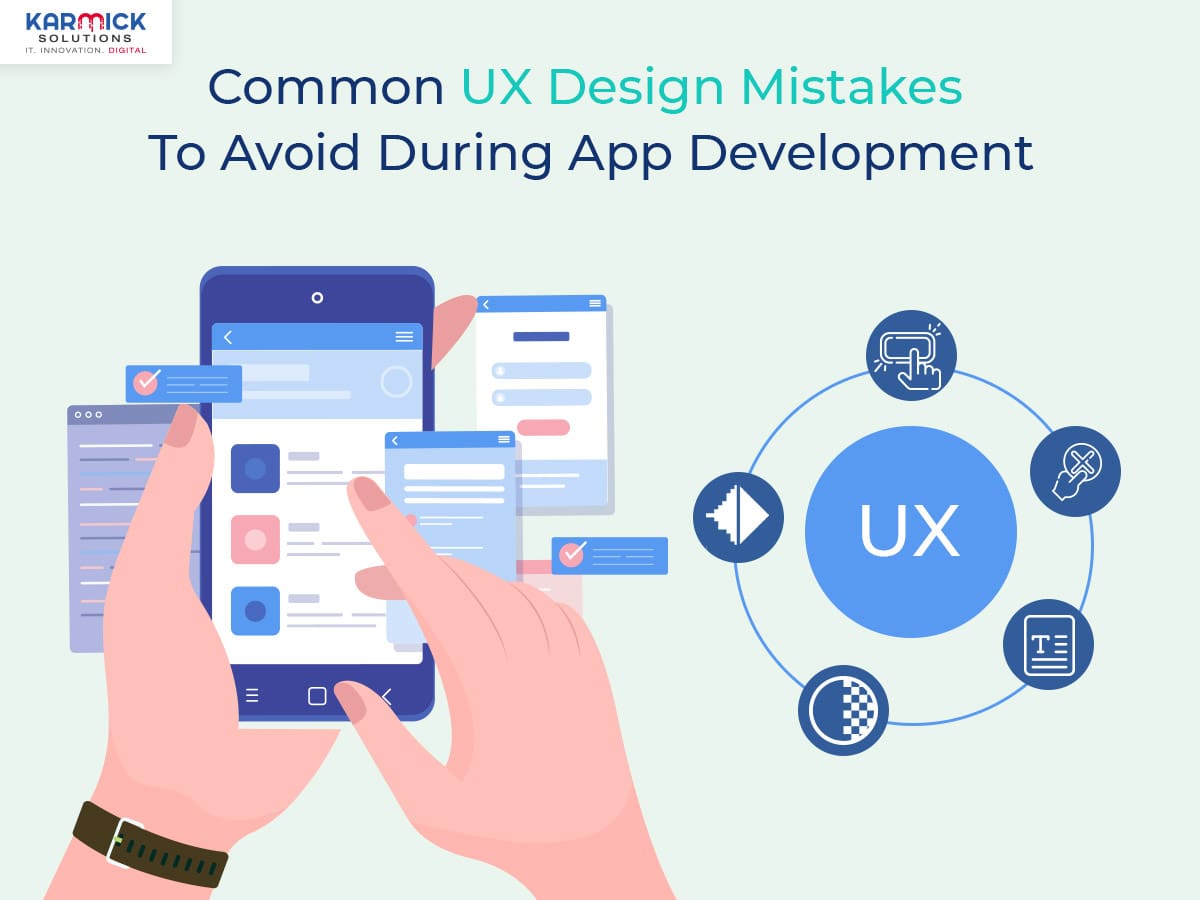 Do you know the common thread between Facebook, WhatsApp, or Youtube? The answer lies in their excellent user experience (UX). Yes, even if an app looks eye-catching with attractive color schemes, it sometimes fails to impress the users because of some UX design mistakes. In today’s world, developing an app that delivers an optimal user experience has become paramount for business success. Mistakes can lead to a disaster. Moreover, as numerous apps are already present on millions of mobile devices, such apps will be sooner or later discarded by users. So, let’s have a look at the common UX design mistakes to avoid during app development.

While using an app, a user has to perform various actions, such as login, sign up, entering a new password (in case the password is forgotten), cancel a process, and so on. However, the problem arises when the designer mistakenly gives equal importance to all these actions. In such a case, it becomes tough for the app user to identify the primary action. So, a designer must always give unequal visual weight to primary and secondary buttons. For the same, the designer uses either a saturated color or bold text for the primary button and makes it pop out compared to other buttons of relatively less importance.

2. Lack of hierarchy in the text

This is a serious mistake during app development as the text is the primary unit of content and should be organized. A skilled designer never fails to use plenty of contrast between text in different styles in terms of size or color so that the text hierarchy is clearly visible. Today, typography is also used in many mobile apps to create a simple design while supporting hierarchy. Sometimes, the use of white space can also wonderfully helps in making this hierarchy quite apparent.

Sometimes icons are used not just for making an app attractive but as a fundamental part of the interface. So, choosing the right icon is very important. Failure or poor use of icon means the designer is not communicating the desired message to the user. Moreover, all icons in an app must be of a consistent style.

4. Use of low contrast

Have you ever wondered why some mobile apps appear to have a barely readable interface? The answer is the use of low contrast. When an app uses low contrast for its different interface elements, the result is a complete mess where all elements look more or less the same. No wonder expert designers use color contrast to direct user’s attention to call-to-action buttons or separate interface elements from the background.

Apart from the above mistakes, it is equally vital to make the app design consistent. Whether it is the color scheme or font type, there should be consistency because it increases familiarity and a seamless user experience.

Also, some designers end up giving too much importance to aesthetics, but this also sometimes irks users, especially those who are looking for some specific information or have visited the app to get something done. So, if you have a great app idea for your first or next mobile app, get in touch with a mobile app development company that boasts of a team of skilled app designers to avoid having the above mistakes in your UX design.