On 17th January 2015, we Karmickites held our Annual Picnic in Raichok. A much awaited event, all of us dressed up and arrived on time to reach the venue. Karmickites of both the branches (Purbalok and SDF) attended the Picnic. We started off at 8:30 am in the morning and reached the venue by 11:45.  Throughout the journey we danced and partied away! On reaching the venue, we were served with steaming kachoris and aloor dum and sweets as our breakfast.

Breakfast got over, and we began the different fun filled activities. First up was the “marble and spoon race”, where the participants had to run without the marble falling off from their respective spoons. The one who reached the deadline with both the spoon and marble in place won the race. Funny and hilarious, we enjoyed this race to the hilt.

In between snacks were served which comprised of French fries, vegetable pakoda and chicken pakoda with steaming cups of coffee.

Next up was the “musical chair”. 15 participants had to move around in a circle to the tune of the music played out. Once the music stopped, those who failed to grab a chair lost the game. Eventually there were two contestants left who had to grab a single chair. The one that failed, became the second runner up.

Once these two events got over, we lazed around and went for a stroll to check out the venue and its surroundings. Lunch was served at 3 PM. What a scrumptious lunch it was! We were served with rice, dal, aloo bhaja, aloo phoolkopi curry, fish, mutton, chatni, pappad and sweets.

We rounded of the picnic by playing “hit the wicket” and “antakshari”. As always these two events were the most popular and almost everyone participated to have their share of fun.

We started our homeward journey by 6PM. Wish the day never ended. Eagerly awaiting for the next picnic! 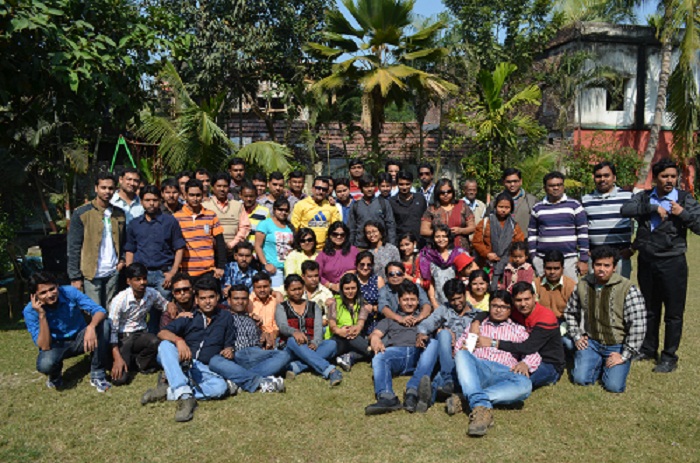 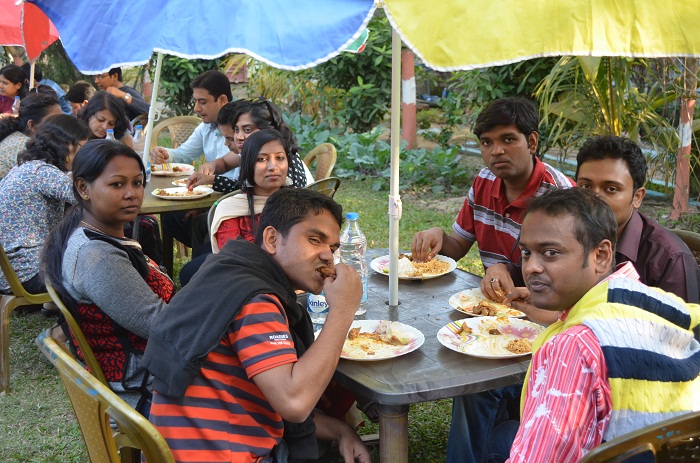 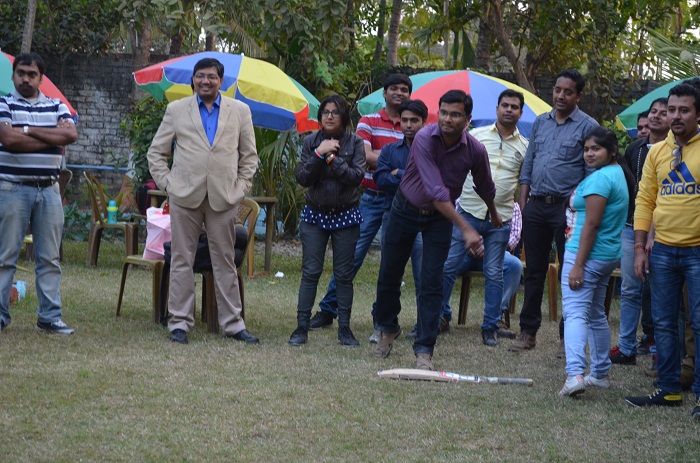 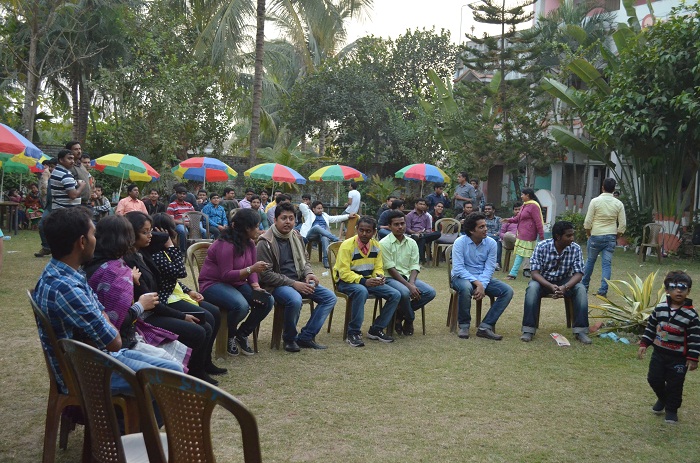 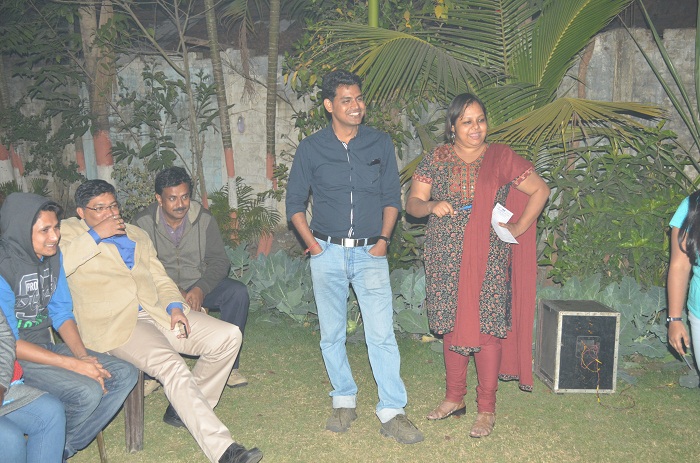